In 1926, Arthur Meighen and William Lyon Mackenzie-King played Prime Ministerial musical chairs. Miles Davis and the future Queen Elizabeth II were born. Babe Ruth visited Vancouver, and the city?s Council established the Vancouver Town Planning Commission. And at 766 East Hastings Street, J.P. Wepsela started Hastings Steam and Sauna.
In the early days, longshoremen and fishermen came in for deeper cleansing than the shared bathrooms their hotels and rooming houses could offer. Over the years, musicians stopped by to clear their lungs after gigs in smoky bars; Stephen Fearing, the Parachute Club, and kd lang all enjoyed the therapeutic steam. Late restaurant critic and TV host James Barber (The Urban Peasant) was also a fan.

Today, 85 years after it opened its doors, the traditional Finnish-style sauna is still going strong, bathing health-seeking clients in clouds of detoxifying steam. The street outside has undergone radical changes, but indoors, owner Tej Purba works to maintain a nostalgic feel. He?s owned Hastings Steam and Sauna since 1987, when he bought it from a family friend, a woman he describes as being like a second mother. Purba, a commercial realtor, was selling the building and business for her; he sold the building and bought the business himself (and invested in the building a few years later, when he realized renting it wasn?t financially viable).
Though he and his daughter revamped the lobby to make it brighter, they chose heritage colours and kept an old-fashioned look. The building?which was built to be a sauna?has changed hands only a few times over its history, and it still features its original mosaic tile in the basement, radiators in the hallways, and on-the-spot gas-fired steam generation.
There?s a 40-person gas-fired public sauna downstairs and six private cedar and tile rooms on the main floor, three gas-fired and three electric. The walk-in public sauna is mens’-only, although it?s available for private group bookings in the evenings: mixed or women only. The privates accommodate singles, couples, or small groups.
?This is the only place you can get the real thing,? Purba explains. ?The steam isn?t piped in, as it is in most rec centres. Gas firing creates more humidity. We can repair and maintain it, but if something happened, we couldn?t recreate this gas-fired steam generation; it?s been grandfathered in.?
The three electric saunas were later additions; they get hotter than the gas ones and produce a drier heat, which is good for congestion. Purba encourages customers to try both so they can establish which system works best for them.
Hastings Steam and Sauna still resembles its original incarnation, and its simple formula: deep cleansing through sweating, remains the same as well.
?Sweat is a common denominator for health; the body?s natural way of cleansing toxins is through sweat,? says Purba. ?It?s like an oil change in a car.?
?

The steamy heat opens up pores in the skin, and stepping from the sauna to a cold shower?the equivalent of the post-sauna dive into a snowbank?closes them up again. ?There?s a therapeutic aspect to opening and closing pores.?
Switching similes, Purba compares the sauna experience to a health club without the exercise; the warm temperatures increases the body?s metabolism.
And regular saunas are an excellent form of stress management, he adds. They?re incredibly relaxing, and he recommends them as a great way for people to unwind after work.
A sauna sounds like an ideal place to spend a damp winter?s evening in Vancouver but seems potentially less attractive in the high summer. Purba is quick to counter that assumption.
?We?re such a cold climate, we don?t understand why we need saunas in the summer. All the Asian countries have bathhouse traditions, and those are hot countries. The sauna increases your core temperature, so when you go into the heat outside, you?re refreshed. People from hot climates drink hot beverages in the warm season; this is the same principle.?
He also points out that in the summer, there?s more traffic and pollution is worse, so it?s actually a better time than winter to visit the sauna.
Detoxification is key to his business, and Purba makes sure the premises are clean as well. He?s not a fan of hot tubs, he says, because he doesn?t know who?s been in them. The private rooms are pressure-hosed after every use (?so you don?t have to sit in someone else?s sweat?), and the floors are disinfected. There?s onsite laundry so towels and sheets can be washed with ease.
?

People might make assumptions about hygiene in a public sauna, and another occasional negative association involves steam rooms as pickup joints. But Purba emphasizes that his business doesn?t cater to a cruising scene.
?People who think sex is related to steam baths are nuts! It?s too hot!? he exclaims. He sees the sauna as a neighbourhood amenity. ?We?re not selling the social scene; we cater to everybody.?
Ninety-five percent of business comes from word-of-mouth, and women comprise about 70 percent of the private sauna business. The HST had a negative impact, but more new people are coming in. Purba would like to create a membership list and a punchcard system that would give the users a free session after a certain number of saunas. Still, he feels a trip to the sauna?$22 for a single private room (less for two or more people) and $12 for the public rooms?is very good value for the money.
?If you go to a show, you spend $15- $20. Where else can you go for a private setting in the downtown for our rates??
He also encourages people to book for private gatherings. The downstairs area occupies 2,000 square feet, and there?s ample room for cycling clubs to relax their muscles and for yoga clubs to stretch. Customers hold toga parties, birthday parties, and stagettes; the only restriction is that it?s booze-free. Purba says it?s also a great location for a women?s night, a place to deep-condition hair and apply skin treatments. ?It?s just like a pool party, but at the sauna.?
Whether you want an evening of sweaty joviality with friends or a window of solitary, meditative, and healing relaxation, Hastings Steam and Sauna fits the bill. One session cured my chronic pain in the neck and made me glow for three days! This most understated, unpretentious of Strathcona?s pleasures opens at 11:00 am, seven days a week. The last daily booking is at 10:30 pm.
Businesses Hastings
Prev
Next

COVID-19: We See You Strathcona 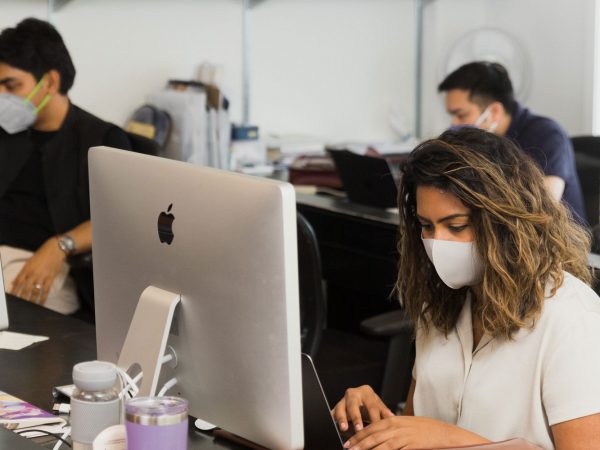