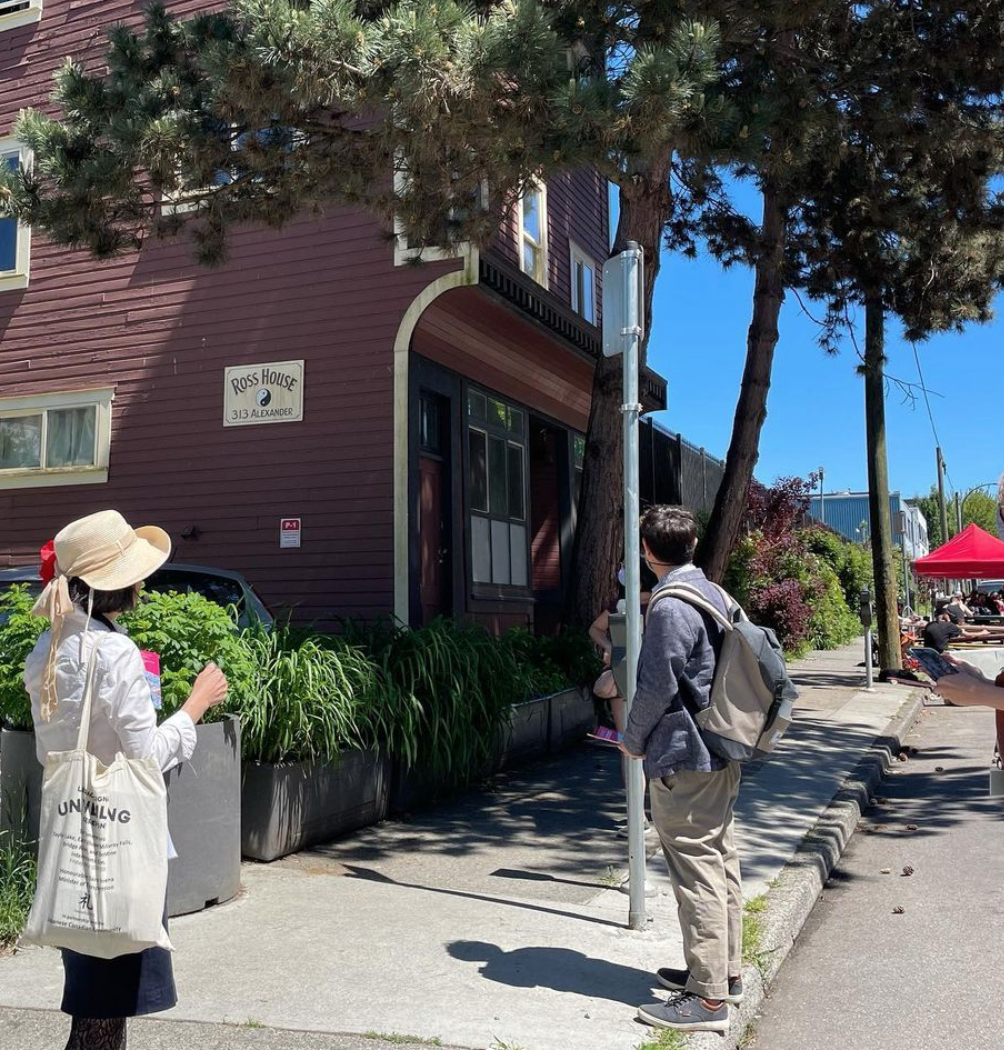 Member Stories, Events, Things to Do

Tours You Can Take In Strathcona This Summer

What better time to take advantage of our beautiful Vancouver weather than to plan a tour through some of Strathcona’s historic and colourful neighborhoods.

For moments when friends or family visit from out of town or you’re craving to do something a little different without going too far, we have a list of some self-guided and guided tours for you to choose from. Find a few of our favorites below!

Did you know Strathcona is home to 6 leading art galleries? The artists of today and tomorrow are being supported by these galleries behind doors that many of us walk past or are too intimidated to open.

Curated Tastes is Vancouver’s first and only art mediation company that creates fun and engaging tours for anyone looking for something different to do in Vancouver. No previous art knowledge or experience is necessary!

Discover Strathcona’s art community and fall in love with it. In this tour you will:
This is a walking tour led by an art mediator who will introduce you to Vancouver’s art scene, give you context about the exhibitions on view and help you understand the artworks on view.
Art exhibitions are constantly changing. Please visit https://curatedtastes.art/events/  to find out about the next Strathcona Gallery Hop.
For private tours and/or tours in Spanish or French, please contact: contact@curatedtastes.art

It is not common knowledge that prior to the Incarceration, Displacement and Dispossession of 1942, the Powell Street corridor was once the home to 8000 Japanese Canadians and over 400 Japanese-owned businesses. Today, there is an abundance of remaining history and architecture that tells the story of a community that thrived in this unique area of Vancouver!

Tours can be offered in Japanese.

If you’re looking to plan or head out on a spontaneous self-guided mural tour Strathcona is the perfect start. The Strathcona neighbourhood is filled with the city’s second-highest concentration of murals within walking distance of each other, with a few delicious stops on the way. Head East on Cordova St. towards Campbell Ave. to catch some great street art then loop around to Hastings to stop for a cold drink or bite at Strathcona’s favourite The Heatley.

There are also some special guided tours happening this year as part of the Black Strathcona Resurgence Project (BSRP). The Black Strathcona Tour runs 10am Friday, Saturday, and Sunday every week from Aug.4-22. Discover the BSRP Year 1 murals and the cultural history of the Hogan’s Alley neighbourhood led by Vancouver DeTours guide Alasdair Butcher, BSRP Curator Krystal Paraboo, and a special guest expert from the Black community. Tours are by donation.

Sunday August 22, the BSRP Bike Tour is happening. Jump on your wheels and experience the magic of murals produced by Black artists across the city on a special bike route. There will be multiple group riding slots throughout the day and an opportunity to learn about the history of the Strathcona neighbourhood.

Download the Vancouver Mural Fest app or visit their website for a full map of murals throughout Strathcona and the remainder of the city.

Are you really experiencing Strathcona if you haven’t taken in one of our many breweries? We have you covered. Get your squad together and take a tour to a few (or all) of our fabulous breweries – there are a total of five to choose from!

For a guided tour through Strathcona Brewing and Luppolo Brewery and a few other East Vancouver breweries visit Canadian Craft Tours. 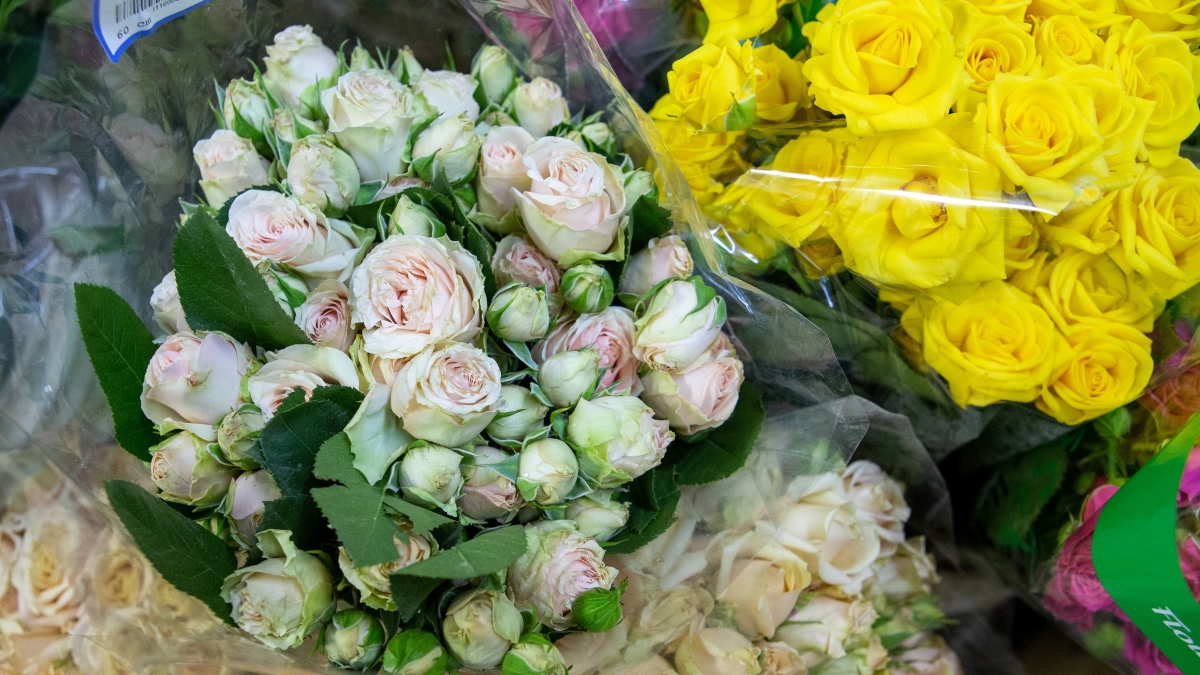 Member Stories, Events, Things to Do

4 Strathcona Businesses to Hire For Your Next Small Event

We can’t wait for celebrations again.

It’s been a challenging year for Vancouver and the rest of the world. One that has kept us distanced from almost everyone we know and missing the times when we could get together, eat, laugh and celebrate with our family and friends.

A year of doing our part to flatten the Covid-19 curve has left nearly every planned event resulting in cancellation. Weddings and birthdays were reduced to small bubbles or postponed all together, baby showers and other accomplishments were and still are being celebrated virtually. As vaccines roll out and we hope to slowly get back to our normal lives we’re keeping our spirits up for an end to restrictions on gathering with loved ones.

Strathcona is home to a number of companies that work to help special events of all sizes look and feel their best. Whether you’re planning a small celebration with your close circle or a big, fat, post-Covid bash these four businesses can help bring the “wow” to your upcoming festivities.

Check out our list below to learn more about these local Strathcona businesses.

Please remain aware of B.C’s current restart plan and restrictions before attempting to plan an event or celebration outside of your bubble. All businesses mentioned are currently operating while following B.C’s mandated health and safety measures.

Four Strathcona Businesses to Hire for your Next Small Event.

The first thing that comes to mind when thinking about taking any celebration decor to the next level is flowers. And as most of us can agree that the foundation of every special event is the decor.

Meyer’s Floral Company has been distributing wholesale flowers to Vancouver and the lower mainland for over 30 years. Located in Strathcona at 1209 Adanac Street in Strathcona, Meyer’s creates some of the most beautiful bouquets we’ve seen on this side of the viaduct. Consider this Strathcona small business when planning the flowers for your next wedding, celebration or other event.

A hidden gem in the heart of Strathcona, The Garden is a cozy and lush space to host your next local small event.

A 1200sft space with large, bright windows that can be rented with amenities such as sound system, banquet tables, chairs, catering and more. The studio can also be rented alongside the accompanying downstairs cafe for small weddings, events, film shoots and more. A unique space to rent for your next event or just to grab a coffee and take in the vibes.

The star of the show at any event is almost always the food, so impress your guests with some of the yummiest catering Strathcona has to offer. From canapes, to food stations, to fine-plated dinners, Cocktails & Canapes specializes in creating a culinary experience with their world-class cuisine that’s sure to elevate your next celebration. To extend their business offerings during COVID they now also feature a delivery brunch box for special occasions like Mother’s Day.

Take your event dreams and bring them to reality.

Debut Event Design is a Strathcona-based business and a must-have for the design of your next celebration – big or small. If you’re planning a wedding then you’re in luck, Debut Event Design insists on creating a unique and memorable design that you’ll never forget. If you’re just looking for help with rentals such as furniture, backdrops, and more they do that too. There is no limit to the event goals you can reach with this Vancouver company.

We are pleased to announce that at the 2016 Annual General Meeting held on September 28, 2016 at the Pink Pearl Restaurant, members unanimously voted in support of the renewal term of 7 years, the cap of $7.449M and the 17/18 budget. The Board of Directors expresses its thanks and gratitude to the many members for their time and input for face-to-face meetings, survey participation, open house attendance and conversations over the phone to help set the mandate and budget for the next seven years.

At the AGM, we said farewell to two outstanding directors, Toby Barazzuol and Colin Stansfield. Toby served on the Board for over ten years, including three years as the Chair, and was instrumental in spearheading the SBIA’s sustainability work and community-building efforts. This work has allowed the SBIA to represent the interests of its members in a much broader spectrum of community dialogues and to raise hundreds of thousands of dollars in external funding to deliver innovative projects. Colin served on the Board for four years and was instrumental in redefining the work of the Community Relations Committee by initiating the Policy & Positions document and advocacy strategic direction and was a key resource to the bring local news back to the Board table. Thank you Toby and Colin for your many years of service to the Strathcona BIA.

Appointed by acclamation, we welcomed two new directors, Darryl Ray and Anu Kainth, to fill the vacant seats left by Toby and Colin. Darryl Ray is the Partner and General Manager of the Butler Did It Catering and Anu Kainth is a property manager for buildings in the Railway area. Re-elected to the Board were Emma Carscadden (Carscadden Stokes McDonald Architects), Tammy Tsang (My Loud Speaker Marketing), Rick Havlak (Homestead Junction) and Jason Gilron (Pacific Restaurant Supply) while Peter Joe (Sunrise Soya Foods), Wayne Nelsen (Patricia Hotel), Amanda Dalla Zanna (Savoury Chef) and Braden Parker (Low Tide Properties) will be serving their second year of the two year term.

The AGM concluded with keynote remarks from David Lewis, Team Lead for the Integrated Graffiti Management Program for the City of Vancouver.

On December 9th, SBIA members and friends reflected on and celebrated the year at Pat’s Pub. The social continues to grow with over 90 people attending this year. Guests enjoyed fabulous food & drinks and wonderful door prizes provided by members and vendors.

We would like to thank our vendors for the event Floral & Hardy Edible Plants, Leona’s Florist, Pat’s Pub and Savoury Chef.

A special thanks to the following members for providing door prizes for the Social:

On behalf of all the staff and directors of the SBIA, thank you for your support and we look forward to continue working on your behalf! 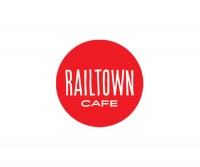 Please join us at the Annual General Meeting & Members? Luncheon:

Please contact the Strathcona BIA office for a copy of the membership form to be eligable to vote at the AGM. Forms must be completed and emailed, faxed or mailed the to the SBIA bySeptember 23. Forms will not be accepted after this time.

To be a voting member you must have been a property owner of tenant of a class 5 or class 6 property within the Strathcona BIA’s boundaries for six months prior to the date of registration as shown on the current City of Vancouver Tax Assessment Roll.

Non-members, unless invited otherwise are not permitted to attend this event.

To RSVP for the event please email info@strathconabia.com or call the SBIA office at 604-258-2727

On Wednesday, December 11 the Strathcona BIA held our Annual Holiday Social at Chapel Arts. The event saw a turn-out of over 75 people and was a great opportunity for business owners, community stakeholders and SBIA partner organizations to network and build relationships.

We would like to thank the following generous member businesses and partner organizations for providing donations for our Holiday Social:

Thank you to everyone who attended and look forward to working with you in 2014!

Read More
Back To Top